What Does Activated Carbon Filter?

Granular activated carbon is a highly adsorbent material used to remove contamination from water. Activated carbon has been known as a miracle filter media by many researchers because of its unique ability to remove offensive tastes, odors, color, chlorine and volatile organic chemicals, pesticides and trihalomethanes (a group of suspected carcinogens). Briefly, activated carbon acts like a sponge, with a large surface area to absorb contaminants in the water.

The surface area of one pound of activated carbon is equal to 125 acres. Many scientists believe this is a result of an affinity that these chemicals have for carbon because of Van Der Waal forces. Activated carbon is the preferred treatment and method recommended by the EPA to remove a host of potentially hazardous and possibly carcinogenic chemicals in drinking water. A partial list of chemicals that are reduced or removed by activated carbon are:

*The chart shows partial contaminants regulated for public water systems by the Safe Drinking Water Act, and the maximum contaminant levels, source, health effects and treatment options for each. 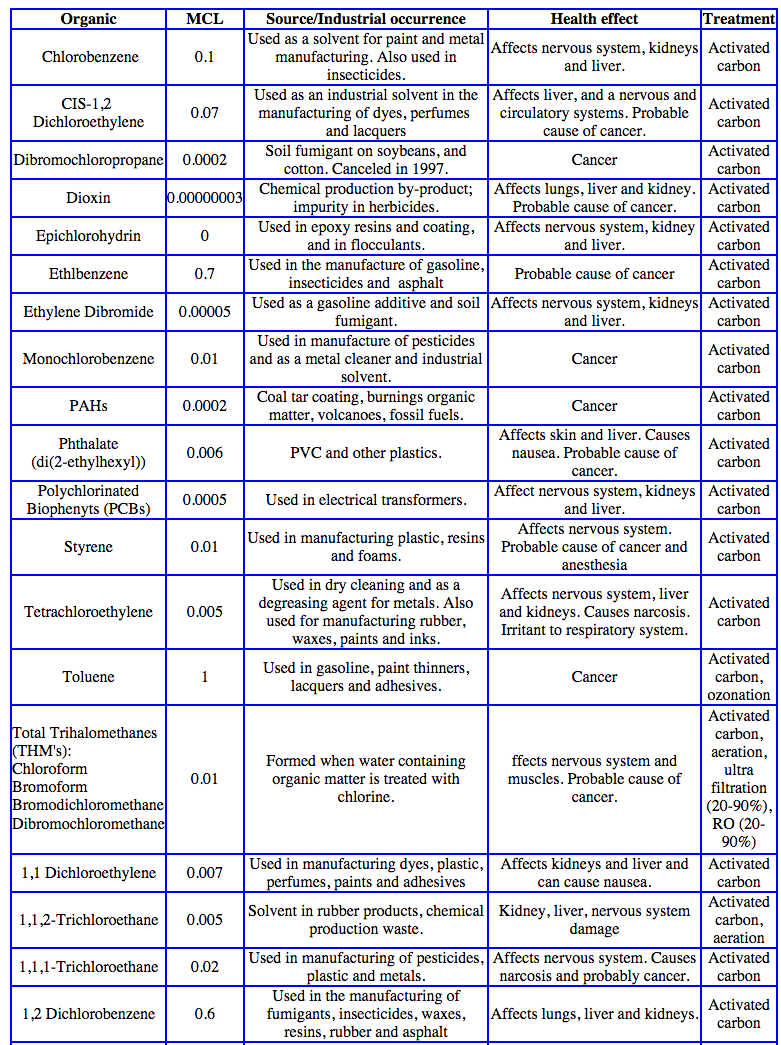 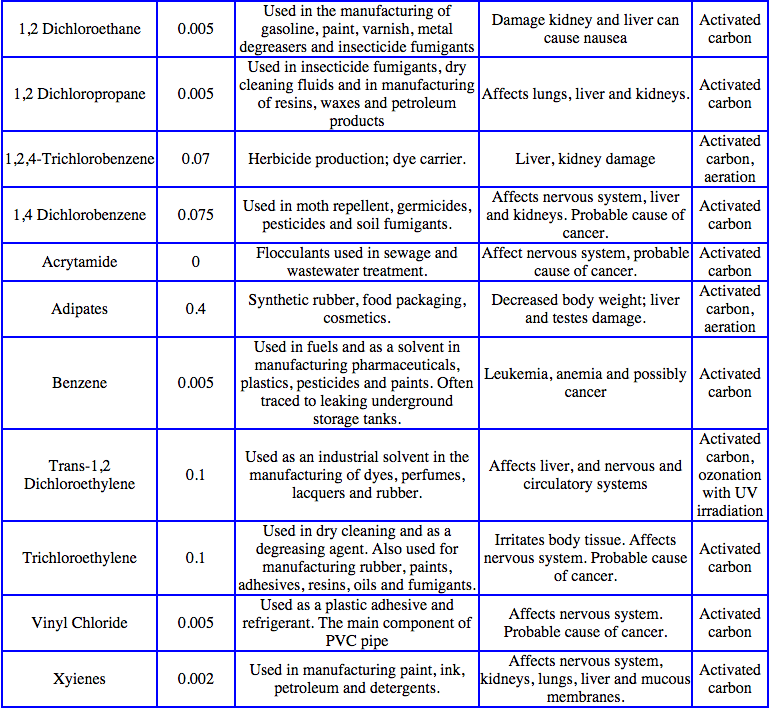 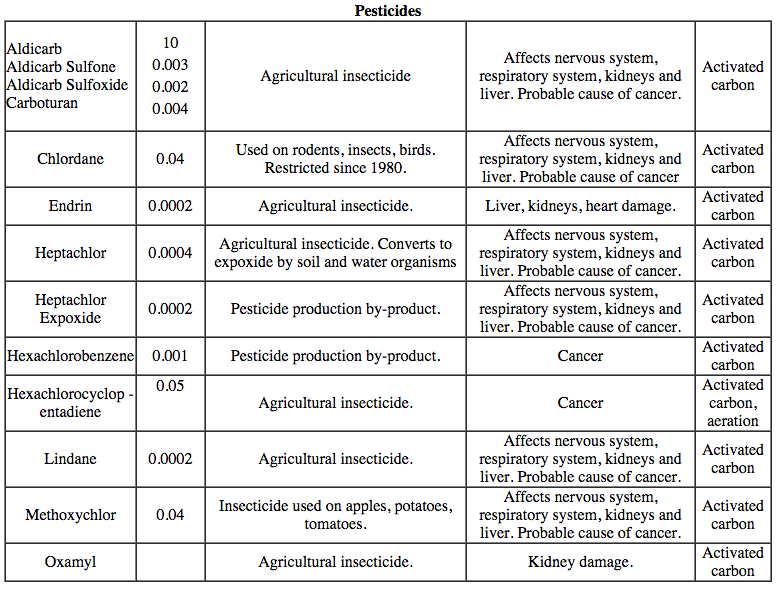 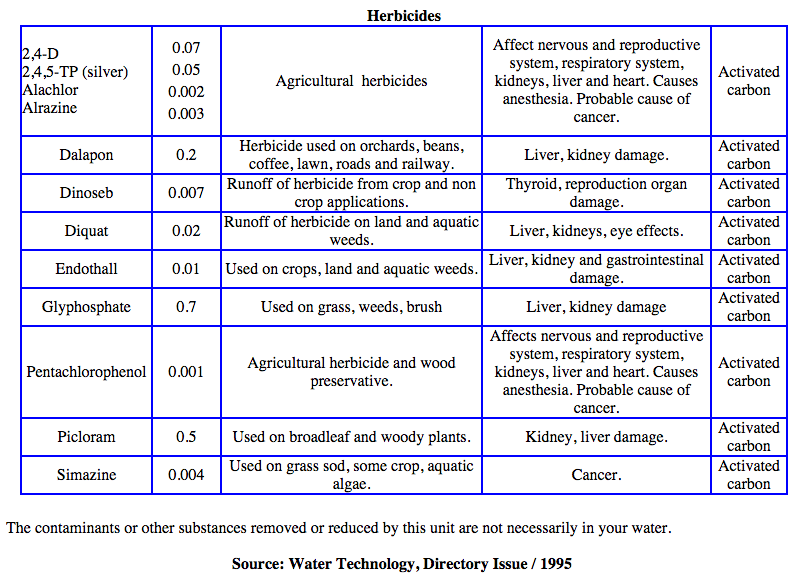