The WHBB2-20C process begins with a Micro Sediment Membranes to remove any physical, undissolved particles out of the water (even though your water runs clear, you will be amazed by how much dirt & grime this filter captures). The next two stages utilize CuZn’s proprietary patented Reticulated KDF-85 Minerals (Copper-Zinc), high purity acid washed catalytic coconut shell carbon & zeolite (clinoptilolite) all of which have been tested to NSF standard 42 and 61.

The Zeolite targets the ammonia portion of of the chloramine (chloramine is created by combining chlorine & ammonia). CuZn’s particular form of Zeolite is called clinoptilolite, the most effective form of zeolite for ammonia filtration.

What is Salt-Free Water Softening?

Salt Free Water Softening & Scale prevention! Unlike traditional salt based water softeners, CuZn Salt Free Systems won’t make your water feel slimy, have hair flattening effects, strip beneficial minerals or add salt to your water. If you have 8 grains of hardness or more, consider one one of our High Hardness Systems.

Our technologically advanced salt free Anti-Scale Medias are an innovative solution that prevents all of the negative effects of calcium and magnesium, while allowing the positive health benefits to remain by not removing the calcium and magnesium. Within a water system, calcium and magnesium can adhere to plumbing and water appliances by forming crystalline scale structures. Untreated, these minerals become hard, interfere with heat transfer and eventually cause loss of water flow and pressure. Untreated hardness can increase your home’s energy bill up to 20%!

KDF reshapes these hardness ions so they cannot adhere to each other or to the inside of plumbing. Instead the calcium and magnesium ions remain soluble in the water, thus preventing scale while adding life to the water.

*In some cases harsh detergents, high in chlorine/bleach or phosphates can cause mineral like deposits to form on dishes. To avoid this issue use Jet Dry or similar product, reduce the amount of harsh detergent used or best of all – Use an Eco Friendly brand

How do I know when to replace the Cartridges?: 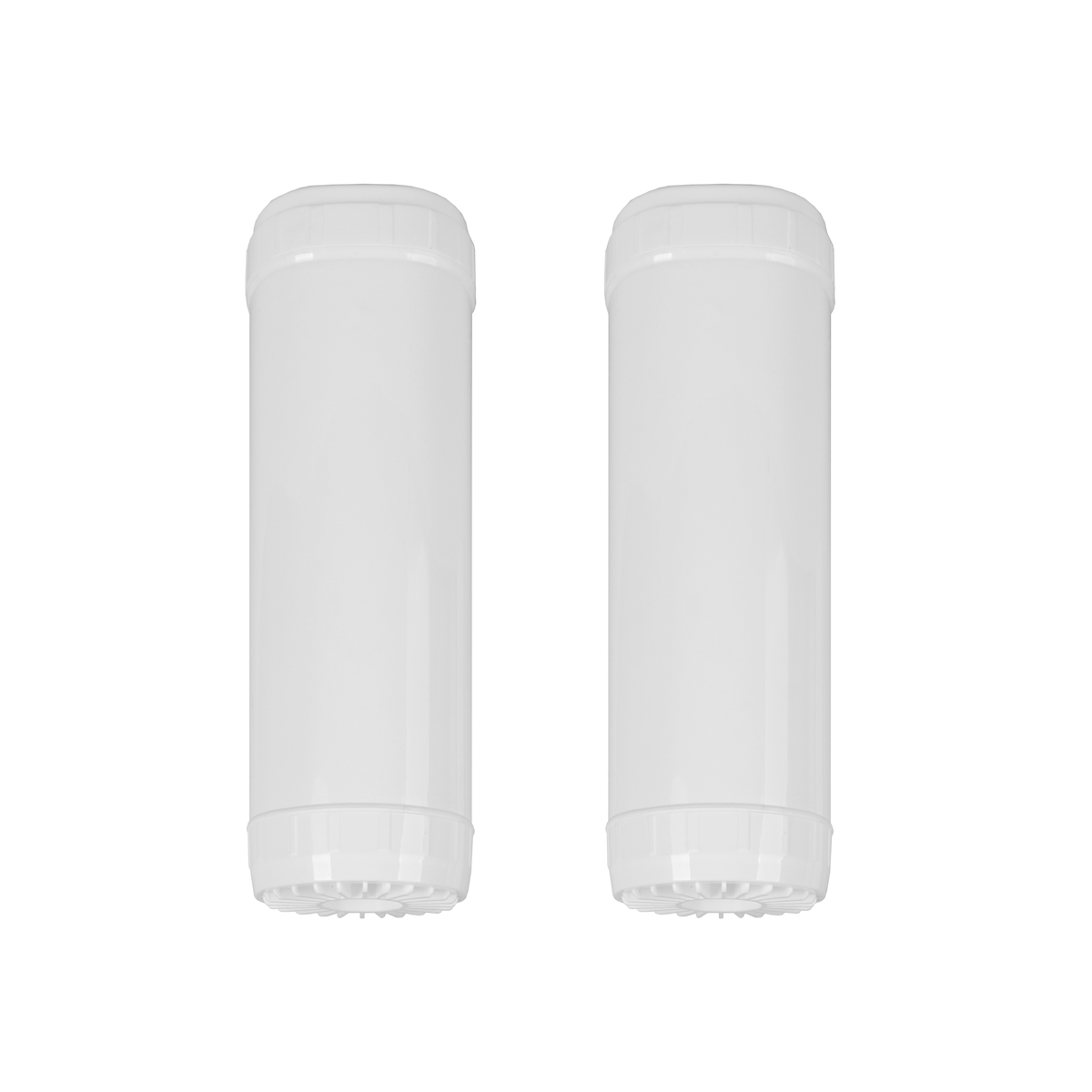